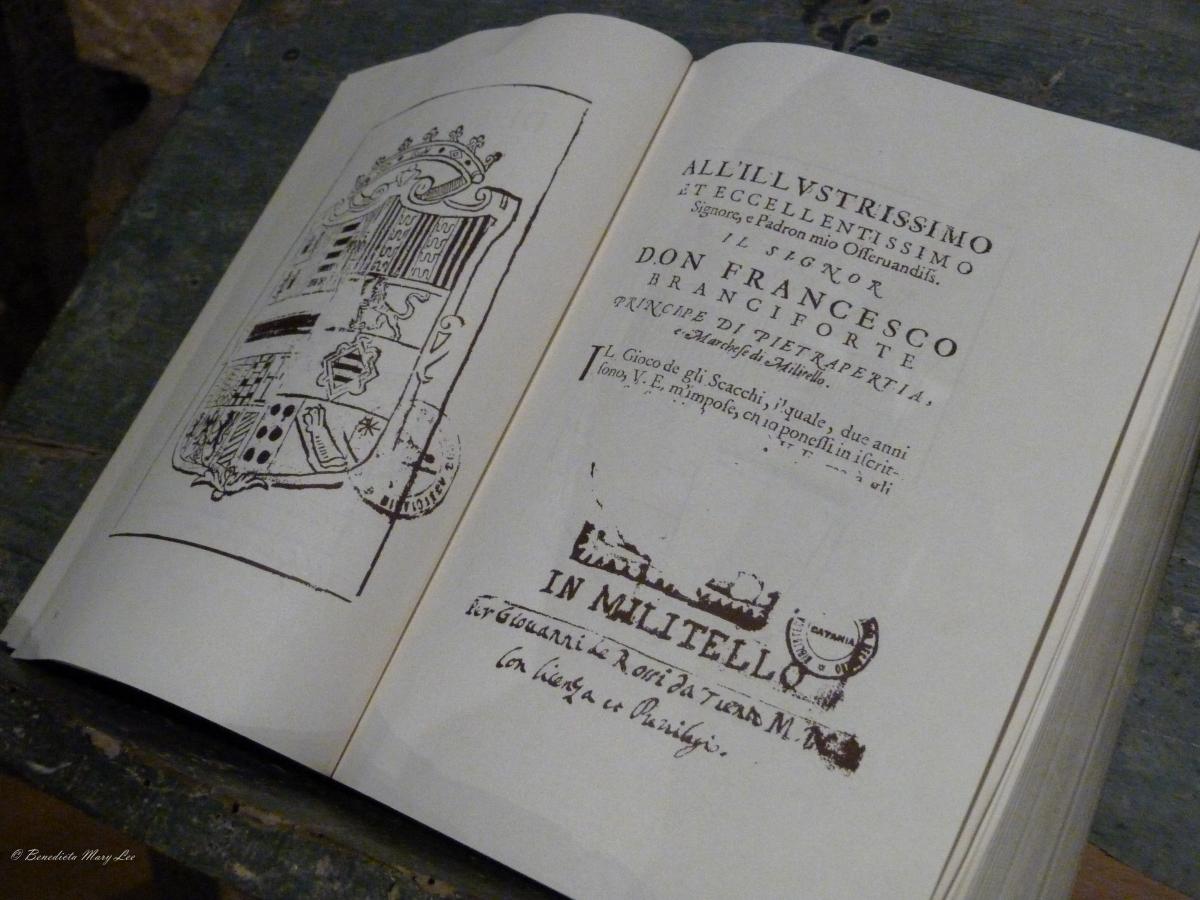 The Municipal Library “Angelo Majorana” of Militello in Val di Catania is named after Angelo Majorana (1865-1910), deputy of the Kingdom of Italy and Minister of Finance. It is located in the renovated premises of the former Convent of San Domenico dei Frati Predicatori.

The library was established in 1910 and boasts a collection of books of around 40,000 volumes, a collection of over 2,000 ancient books, dated between the end of the 15th and the 20th centuries, and a multimedia consultation room.

The Academy, the Library, the Palatine Typography and an epoch bestseller

During their rule, the princes Francesco and Giovanna Branciforti established a sort of "Accademia", surrounding themselves with brilliant geniuses. Scholars such as Pietro Carrera, historian, librarian and notary court teacher, the chronicler Filippo Caruso, the jurist and poet Mario Tortelli, the painter Filippo Paladini, the cleric, sculptor and painter Giambattista Baldanza, the book binder Francesco Petronio, the silversmith Geronimo Capra

Prince Francesco Branciforti was so fond of science and literature that in 1611 he built a "Palatine" Library alongside the Castle, rich in over 10,000 volumes. Here there was also an art gallery, a collection of physical and mechanical measuring instruments, an armory and a laboratory for chemical experiments.

Unfortunately, nothing remains of the library patrimony of the Palatine Library. At the death of his mother Giovanna, and in contravention of both paternal and maternal wishes, his daughter Margherita sent the entire collection of volumes of the paternal library to the convent of the Teatini fathers in Naples.

The notarial inventory drawn up at the time of the transfer counted 9567 books! In Naples the collection was dismembered, the volumes donated or sold in lots. The militellesi felt so defrauded of their own good that they repeatedly tried to get back at least part of those volumes, through city collections, but without success.

In 1617, Francesco had also founded the first printing press of eastern Sicily, sold by his wife Giovanna in 1622 at his death and then transferred to Catania. The first book published by the presses of typography (perhaps 7 in all) by Prince Branciforti was Il Gioco de gli Scacchi by Pietro Carrera (1573-1647), published in 8 books in 1617.

Carrera is an important source for the history of Militello and of the church of Santa Maria, of which he was chaplain: court reporter, he left some writings remained unpublished until the last century.

The Game of Chess was a real publishing success, a "historical" manual of the discipline, recognized as the largest Italian chess treatise, important both from a theoretical and a social-historical point of view.