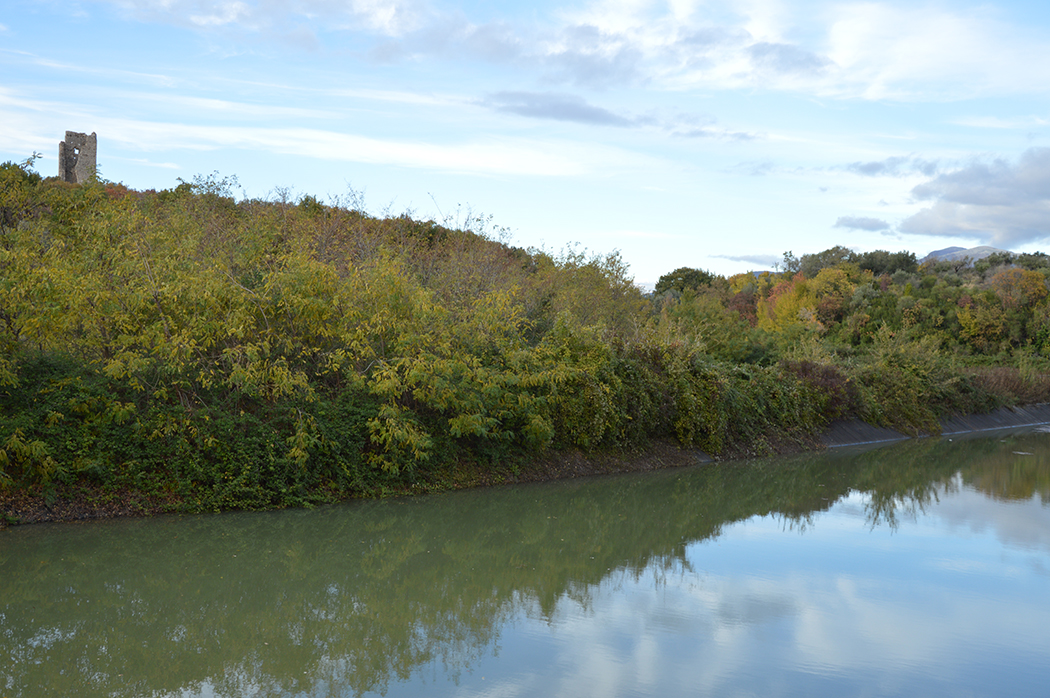 Discovering Torre Baccelli on the Farfa river at Fara in Sabina

In Sabina to discover the Farfa river, an interesting and very famous river whose course offers continuous surprises including the Baccelli Tower in the municipality of Fara in Sabina.

In summer, when it's hot, you can go up the Farfa starting from the picturesque lake that forms at Granica in Montopoli di Sabina. You can walk with rock shoes in the very clean and cold water, thanks to the pebble-covered ground and the torrential regime in the wet season: it's a pleasure with the summer heat. Along the way, delightful bathing holes can be found all the time.

Always in summer you can go (maybe with your mountain bike arriving by train at Poggio Mirteto station) inside the Reserve of Tiber-Farfa, and swim in a loop that is formed between the rapids under the high and impressive viaduct of the "slow" Rome-Orte railway.

Or you can walk beside the Farfa along lonely country roads, or go on mountain bike.

Or again, and this is the top selection, you can get off from Castelnuovo di Farfa, or from Mompeo, inside its famous and sparkling gorges.

We used to talk about the location of the Granica lake, where the presence of a large beach with beautiful polished pebbles and the effervescent water of the river attract many bathers during the summer, which picnic and swim. The rapid flow of the river makes it white from the foam that produce the clear waters.

From this beach, however, very few venture along the river bed. And none of them look for the Baccelli Tower nearby.

But let's go step by step. We are close to the famous Abbey of Farfa, whose abbots became very powerful during the Middle Ages and possessed hundreds of churches, monastic communities, castles and then cities, ports, fortresses, mines and mills.

The abbey was protected by various security systems, such as the network of fortifications along the Treja river with at least 10 castles in line (of which the three most secret are Castello d'Ischia, Pizzo Jella and Filissano), and was also protected by a tower called Baccelli.

At that time the waters of the Farfa were not yet captured by aqueducts to bring water to Rome and the level of the river was higher. For this it was navigable and the abbots used the boat to get to Rome. Perhaps it was because of its navigability that the Saracens in the ninth century easily penetrated into Sabina and even destroyed the abbey of Farfa.

Baccelli Tower now dominates the small and enchanting artificial lake of Baccelli, built in the '30s and which collects the waters of the Farfa for the production of energy. Unfortunately, the tower can no longer be visited since ENEL has closed access to the site with a gate.

In any case, even before this gate, it was not easy to arrive at the tower because of the steep hidden path and the vertiginous cavities that suddenly open in the ground, to show the underground parts of the settlement.

Caves appear all around Baccelli Tower and the imposing ruins and the impressive view of the underground from above lets you imagine the importance of this fortified place.

The view of the lake below offers further suggestions and inspiration for those who want to immerse themselves in the surprising interweaving of the mysterious history and the luxuriant nature.

For more information, we suggest you visit the author's website www.luigiplos.it